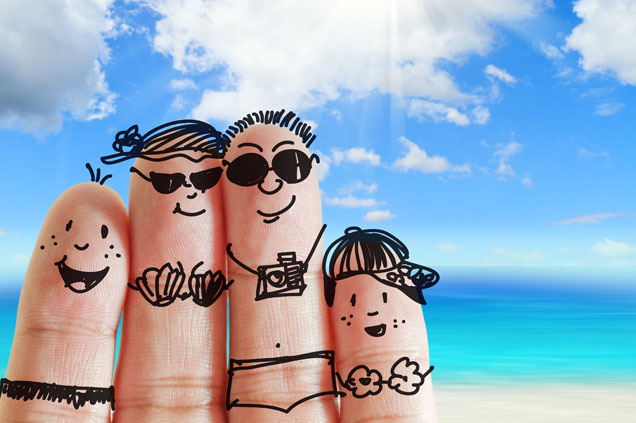 All children and adolescents go through periods of behavioral adjustment and development. These changes sometimes can cause significant problems.

Children can begin to develop certain patterns of behavior that begin to affect their academic work, family and peer relations, mood, motivation, and self-concept. It is important to intervene to determine the cause of these behaviors in order thwart the development of enduring psychological and social difficulties.

Many of the common causes of behavioral problems include:

Our child therapists offer individual and family therapy / counseling for children and adolescents presenting with a variety of mental health issues. The staff is highly trained and experienced in treating your child for problems & diagnoses including the following:

Have you or your children ever had trouble concentrating, found it hard to sit still, interrupted others during a conversation or acted impulsively without thinking things through? Can you recall times when you daydreamed or had difficulty focusing on the task at hand?

Most of us can picture acting this way from time to time. But for some people, these and other exasperating behaviors are uncontrollable, persistently plaguing their day-to-day existence and interfering with their ability to form lasting friendships or succeed in school, at home and with a career.

Unlike a broken bone or cancer, attention deficit hyperactivity disorder (ADHD, also know as just plain attention deficit disorder or ADD) does not show physical signs that can be detected by a blood or other lab test. The typical ADHD symptoms often overlap with those of other physical and psychological disorders.

The causes remain unknown, but ADHD can be diagnosed and effectively treated. Many resources are available to support families in managing ADHD behaviors when they occur.

ADHD, also known as attention deficit disorder (ADD) or hyperkinetic disorder, has been around a lot longer than most people realize. In fact, a condition that appears to be similar to ADHD was described by Hippocrates, who lived from 460 to 370 BC. The name Attention Deficit Disorder was first introduced in 1980 in DSM-III, the third edition of the ‘Diagnostic and Statistical Manual of Mental Disorders’, used in psychiatry. In 1994 the definition was altered to include three groups within ADHD: the predominantly hyperactive-impulsive type; the predominantly inattentive type; and the combined type. ADHD usually appears in childhood but can be diagnosed in adults.

Recent steps forward in our understanding of ADHD include:

ADHD is difficult for everyone involved to deal with. As well as the difficulty of living with the symptoms, wider society may face challenges. Some experts have linked ADHD with an increased risk of accidents, drug abuse, failure at school, antisocial behavior and criminal activity. But others view ADHD in a positive light, arguing that it is simply a different method of learning involving greater risk-taking and creativity.
ADHD is often accompanied by:

Exactly what causes ADHD has not been pinpointed, though many practitioners believe neurobiological or genetic elements play a role. In addition, numerous social factors such as family conflict or poor child-rearing practices, while not causing the condition, may complicate the course of ADHD and its treatment.

In psychotherapy, the child can be helped to talk about upsetting thoughts and feelings, explore self-defeating patterns of behavior, learn alternative ways to handle emotions, feel better about him or herself despite the disorder, identify and build on their strengths, cope with daily problems, and control their attention and aggression. Such therapy can also help the family to better handle the disruptive behaviors, promote change, develop techniques for coping with and improving their child’s behavior.

Behavioral therapy is a specific type of psychotherapy that focuses more on ways to deal with immediate issues. It tackles thinking and coping patterns directly, without trying to understand their origins. The aim is behavior change, such as organizing tasks or schoolwork in a better way, or dealing with emotionally charged events when they occur. In BT, the child may be asked to monitor their actions and give themselves rewards for positive behavior such as stopping to think through the situation before reacting.

Social skills training teaches the behaviors necessary to develop and maintain good social relationships, such as waiting for a turn, sharing toys, asking for help, or certain ways of responding to teasing. The behaviors that are appropriate in different situations are explained and then practiced with the therapist. Clues that can be taken from people’s facial expressions and tone of voice may be discussed.